Buying a Home in Massachusetts in 2021 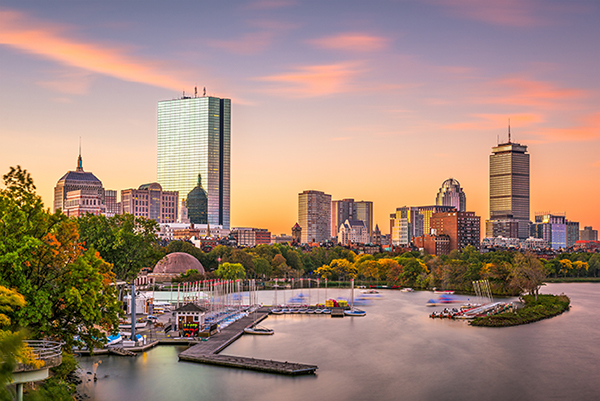 In 2020, we saw an influx of people put their home buying dreams on hold to wait out the repercussions of the COVID-19 pandemic. Now, as we near the end of 2021, reports have shown a spike in home buying, especially in the metropolitan areas— perhaps as buyers take advantage of the low mortgage rates. We are also seeing a great number of people relocating from out of the city, resulting in many of the coveted luxurious properties finally becoming available. While homes for sale in Massachusetts saw an immense surge in the summer months of 2021, we are now starting to see a bit of a seasonal shift in the market. As the colder weather rolls in, the market inevitably slows down a bit. With the seasonal dip and low-interest rates, it makes it a great time for buyers to look for homes for sale in Massachusetts.

Moving to Massachusetts has grown in popularity in recent years, and for good reason! Situated in the middle of New England, the state touches Vermont, New Hampshire, New York, Connecticut, and Rhode Island making the location one of the best in the area. As of 2021, Massachusetts is estimated to be home to just over 7 million people, with 80% of its residents living within the Greater Boston area. While the state itself is smaller in size compared to the rest of the country, it’s one of the most densely populated areas in the United States, which offers both its pros and cons depending on what your lifestyle requires. Here are a few reasons why we believe buying real estate in Massachusetts is a great investment and overall great idea.

As most of us know, Massachusetts was one of the first states to colonize when coming to America and the famous voyage of the Mayflower landed in Plymouth, Massachusetts, and can still be visited today. When the pilgrims arrived, they developed friendly relations with the Wampanoag people and celebrated the First Thanksgiving after the first harvest in the New World, which ended up lasting three days. Massachusetts was also a center point of the movement for independence from Great Britain during the Revolutionary War. Throughout the city of Boston, you can walk The Freedom Trail which passes by 16 historically significant locations. Marked with brick, this popular 2.5-mile long path attracts thousands of visitors from all over the world. Massachusetts is also home to Salem, which is widely known for the Witch Trials in the early 1690s and the city of Salem takes immense pride in preserving its dark history. All this and so much more can be found in the small state of Massachusetts.

Massachusetts, along with the rest of New England, has the luxury of experiencing all four of the seasons in their truest form. When you buy real estate in Massachusetts you get to enjoy the warming weather and blossoming trees in the spring, the hot summer days at the beach and warm summer nights by the fire, the stunning foliage and sweater weather in the fall, and the quintessential wonderland of snow in the winter. Massachusetts is also filled with a ton of outdoor activities to partake in, with the seacoast, walkable cities, and tons of hikes around, it’s easy to spend a day outside!

With so many amenities in your own backyard, it’s understandable wanting to stay in your own state, but as we mentioned earlier, Massachusetts is sandwiched between some of the most beautiful states in the country and all only a short car ride away. With the wide-open spaces and delicious breweries in Vermont, stunning lake region and the beautiful White Mountains in New Hampshire, picturesque beach towns in Rhode Island, culinary adventures in Connecticut, and the gorgeous Adirondack Mountains and bustling Big Apple in New York.

If you’re looking to move to Massachusetts, reach out to a Verani Realty agent today, your trusted real estate agent for MA. We would love to help guide you on your home buying journey and select the perfect homes for sale in Massachusetts for you. Visit Verani.com to take a look at available properties today!

©2022 MLS Property Information Network, Inc; The information in this listing was gathered from third party resources including the seller and public records. MLS Property Information Network, Inc. and its subscribers disclaim any and all representations or warranties as to the accuracy of this information.
Copyright 2022 New England Real Estate Network, Inc. All rights reserved. This information is deemed reliable, but not guaranteed. The data relating to real estate displayed on this Site comes in part from the IDX Program of NEREN. The information being provided is for consumers’ personal, non-commercial use and may not be used for any purpose other than to identify prospective properties consumers may be interested in purchasing. Data last updated January 28, 2022.

Listing data is derived in whole or in part from the Maine IDX and is for consumers' personal, noncommercial use only. Dimensions are approximate and not guaranteed. All data should be independently verified. © 2022 Maine Real Estate Information System, Inc. All Rights Reserved